This October half-term was not all about spending time with my two darling daughters, but also about my Lausanne running adventure.

Back in August, I was invited by My Lausanne to run the Lausanne Marathon at the end of October. As I was fully in training for my first open water event, the Swim Serpentine in London’s Hyde Park, I knew that I would not have enough time to train as I am used to while preparing for a marathon.

As you know from following my blog, I mostly run marathons and this would only be my official second 1/2 marathon. You could have also seen me having some knee issues, which resulted in me not training as much as I would have liked to.

I made the decision, that this race would be not about my time, but about enjoying the atmosphere, stunning views of the Geneva Lake and vineyards on the other side.

There was no pressure on me, and I was super excited about being live on my Instagram Stories while running, which I would not do when running a marathon. Let’s face it, running a marathon is a completely different experience, you need to stay focused, and not being worried about social media or other distractions. At least that’s how I have managed to run the last 6 marathons so far.

I have previously never been to Switzerland, and from re-searching Lausanne, I knew I would be in for a treat.

The Saturday flight to Geneva was a very early flight, which mean I had the best views of the sunrise on the plane ever. So worth it.

At the airport, I met with the PR, Zoe and India and from YouLeanMeUp. We took a train to Lausanne, first-class. In about 45 minutes we arrived and were greeted by blue skies of Lausanne.

We had a lovely lunch at a traditional restaurant and started stocking up on carbs before the race. Then after lunch, we had a nice tour of the city. My favourite bit was definitely the Cathedral, and please check out my family blog for some more info about exploring Lausanne.

The highlight of my afternoon was undoubtedly visiting the Olympic Museum and the stunning views over Lake Geneva (lac Léman) with the Alps in the background. Did you know Lausanne is the Olympic Capital and will hold the next edition of the Winter Youth Olympic Games in 2020?

If you ever visit Lausanne, you must visit this museum. It was fascinating finding out all the interesting facts and being inspired by so many sports legends from all over the world.

As a born Czech, I was super proud to spot a few Czech sports stars, mostly in winter sports like ice-hockey and of course Ester Ledecká ( pictured above) who managed to do some miracles at the last winter Olympics.

She won gold medals in the super-G in alpine skiing, and in the parallel giant slalom in snowboarding, becoming the first person to win two gold medals at the same Winter Olympics using two different types of equipment (skis and snowboard).

After leaving the museum, we managed to go past the start/finish line. I had goosebumps and started feeling a bit nervous but mostly excited.

I slept super well that night. We were staying at the Movenpick Hotel, right by the lake, and very close to the Metro station or the start if you went for the full marathon option. The king-size bed was super comfy, and it was all mine! I was also happy to find my favourite Nespresso coffee machine.

The next day was completely different from what I usually experience on a race day. As the marathon and half-marathon kind of share the same route, the people who run the marathon start running at 10 am, but we didn’t start till late in the afternoon, about 1:45 ( depending on your predicted finish time).

I had a lie-in, a late breakfast, and was resting and enjoying not being stressed about waking up early. It was very different from the routine I am used to before running a race, but I actually didn’t mind it.

Then we took Metro from “Ouchy-Olympique” Station to the Lausanne-Gare station. From there we took a train to La Tour-de-Peilz where the half-marathon start line was (which if you follow the crowd, you cannot miss).

Make sure you watch my InstaStories to see the lovely relaxed atmosphere before the race, and the adrenalin rush before and right at the start of my run.

I have to say that I absolutely loved running in Lausanne, and had the best views of the lake and the vineyards. This undoubtedly helped me to be faster and despite the hills and a few stops to take pics and videos, I managed to run my fastest half-marathon distance ever. Sometimes when you don’t put too much pressure on yourself, it pays off.

After the race, I had a little rest and was really looking forward to our last team dinner and chatting about the running experience.

The next morning we headed to Grandvaux to visit the Domaine Croix Duplex, the UNESCO-listed Lavaux vineyards and tasted some of their local wines. I love wine and have been to vineyards in Australia ( Hunter Valley) and Moravia (Czech Republic), and always love exploring new wines.

My favourite was their red Garanoir (Ollon-Chablais AOC). It’s a shame only 1% of Swiss wine is being exported as I fell in love with it, but at least another reason to be back.

Next time I will be coming with my family as there is so much to explore and looks like a perfect place for a family holiday too. And have I mentioned the delicious Swiss chocolate? I told you, so many reasons to be back!

Disclosure: My Lausanne provided me not only with the flights, transfers and accommodation but also with some divine restaurant experiences in return for my honest review and mentioning on my social media. 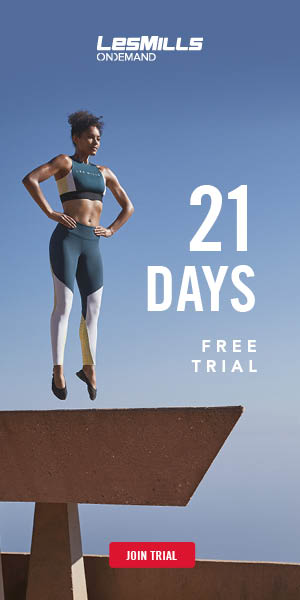